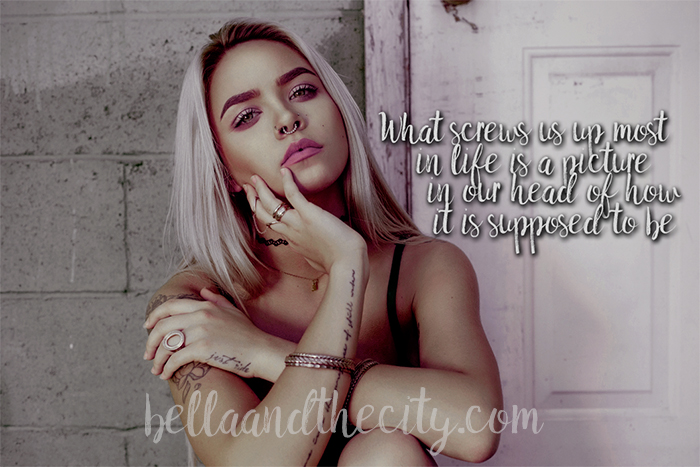 You would think that when someone is single for awhile they would become an expert at dating and relationships, but that’s not always the case; at least not for me anyway. People often say that I’m a “master dater”, but just because I’ve been through the ringer in my dating life doesn’t mean that I have it all figured out. Because sometimes when it comes to your own life, you don’t practice what you preach and your emotions take over all logic and reason. That right there is a fact!

I’m one of those girls who can only focus on one person I’m dating at a time. None of this juggling dudes in between and treating them like a damn assembly line. Lord knows they do it to us, but that’s just not my style. In my innermost being, I am an honest and genuine person so to keep all my eggs in different baskets, it’s just too much work! I already obsess enough over one egg in a basket, can’t imagine trying to keep up with the rest.

As I mentioned, I can be quite obsessed over every detail, and on top of that over-analyze every little thing; it’s exhausting. Then throw in a little miscommunication which happens between people, especially when dating, and the result is a boatload of assumptions and worst case scenarios coming into play. What the what? What just happened is what I often ask myself.

So I put myself in a little corner with my thoughts which take me from zero to 100 real quick and I’m a complete mess. This is why I know and came to realize that I suck at dating. I can’t keep it fun because my brain won’t let me. My brain replays in my head all these bad experiences I’ve gone through and automatically think that the next guy, who could very well, be a good guy, makes him out to be a monster and I have my foot out the door because I don’t want to get hurt again.

Maybe I do take life too seriously, but I just know that I’m not doing things just for shits and giggles. I want my time with someone to mean something and not have another fuck boy in my hands {no pun intended}. That shit is not cute after a few years go by and you know you crave something more substantial.

Then comes in Mr. Right Now, who blows me away and I’m so attracted to the way he thinks, how he carries himself with such confidence and isn’t arrogant at all. He’s just who he is and I’m so diggin’ that and at the same time I know it’s mutual. All the while, everyone’s lives are different and they have other priorities in their life that sometimes come first, such as kids.

I’ve never dated anyone who has kids. Well, I take that back, I have but they weren’t full time dads like Mr. Right Now. I really like how devoted he is to them and at the same time I need to be patient because I know I won’t ever come first. So this past weekend it was Labor Day, we had plans, but I over-analyzed and read too much into things. I basically needed some time to myself and I snapped out of it. I decided to let it go because I do like this guy and it’s premature to just let things go when they haven’t even begun.

So I’m happy, in my cloud 9 mode, cheezin’ from ear to ear now that everything’s all good and it’s almost like we didn’t even miss a beat. The struggle lies within me to just live in the moment and not ruin my dating life with expectations and conclusions I draw out of nothing really. It’s clear that I suck at dating, but there’s no pressure to be a master dater now is there? Nah. That’s for the birds.