This post isn’t easy for me to write because I’m gonna be really open and honest about what’s really going on with me. Often times bloggers don’t get so deep and personal, but I like to think that sometimes as a writer, you owe it to yourself to be vulnerable and part of that includes letting people in to your life albeit online.

Last week was a rollercoaster. I found out that my bank charged off my car loan, which means that I can’t make payments on it and either I surrender it (as a repo) or I pay it off. I’ve been in a situation like this before where I traded in my ’08 Civic Si 4 years ago because I knew I couldn’t handle the payments. This time around I thought I would catch up and I insisted on keeping the car because I loved it.

I lost my apartment last year and now my car, which I did everything I could to keep it. What bothers me about this whole thing is that they never sent me any correspondence letting me know how much my new payment was and when it was due, etc. Even though I talked to them the month before and I had been making payments, it wasn’t good enough because they turned around and wrote it off. 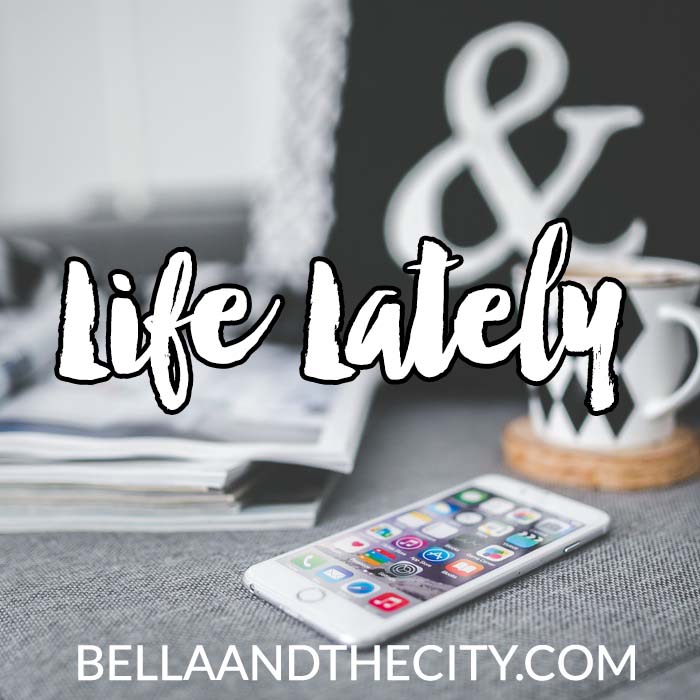 Now that everything’s said and done there’s no way I could’ve caught up because my payments and late fees and my future son’s college tuition were all due and it was best that it happened the way it did. I didn’t like my bank anymore and they were making me pay them via Western Union each time and that’s not cheap.

The good thing is is that I was able to get a new car. Not a new new car, but a new car to me. I got a cute 2011 Honda Civic EX 4 door! I’ve always had 2 door cars and so this is definitely new to me. 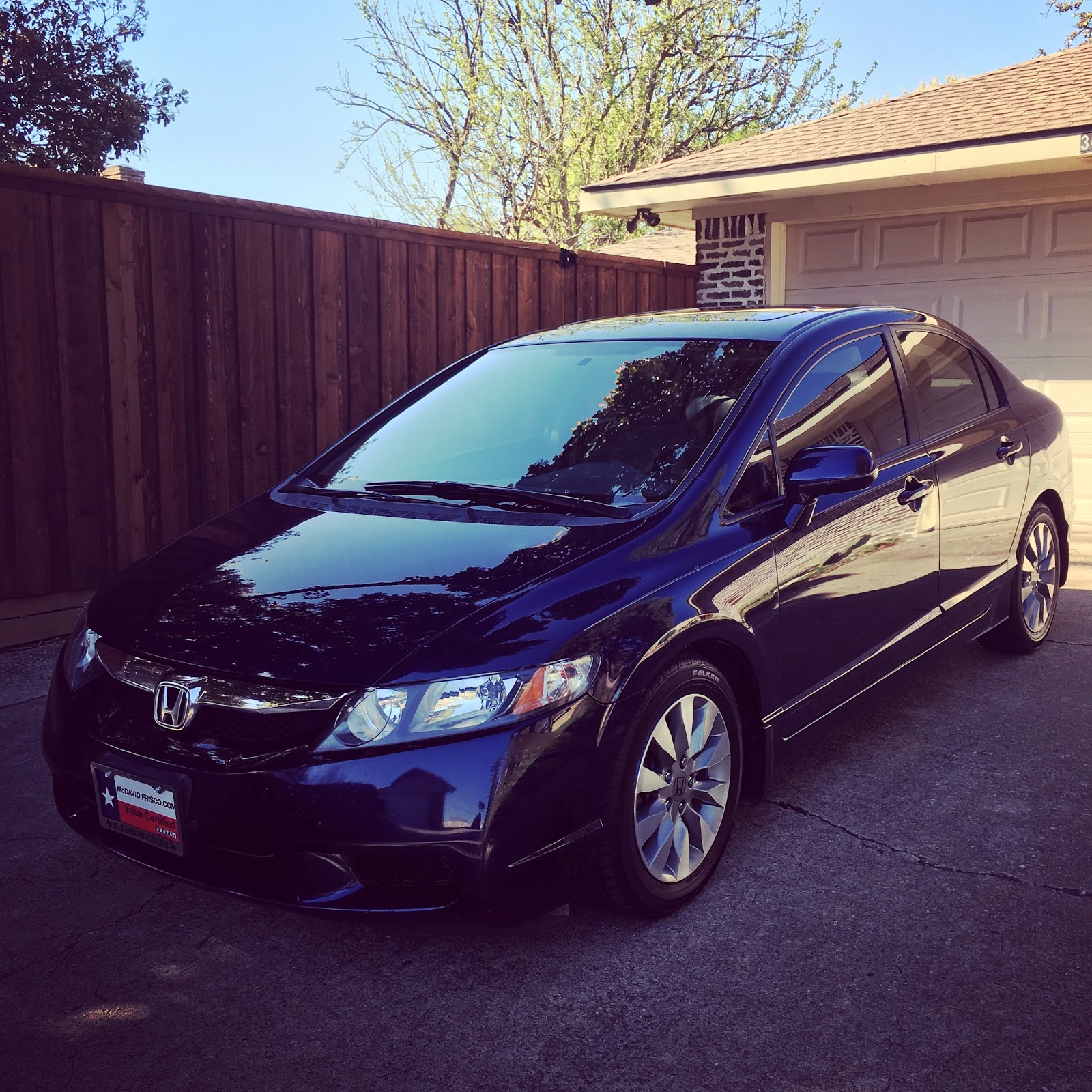 I named her Blue Ivy because Beyonce. She’s dark blue and has stylish rims (which I like cuz hubcaps are lame), sunroof, Aux (to hook up my iPhone), gray interior and yeah she’s a beauty. I’m so blessed that God gave me an opportunity to come out okay and start fresh. 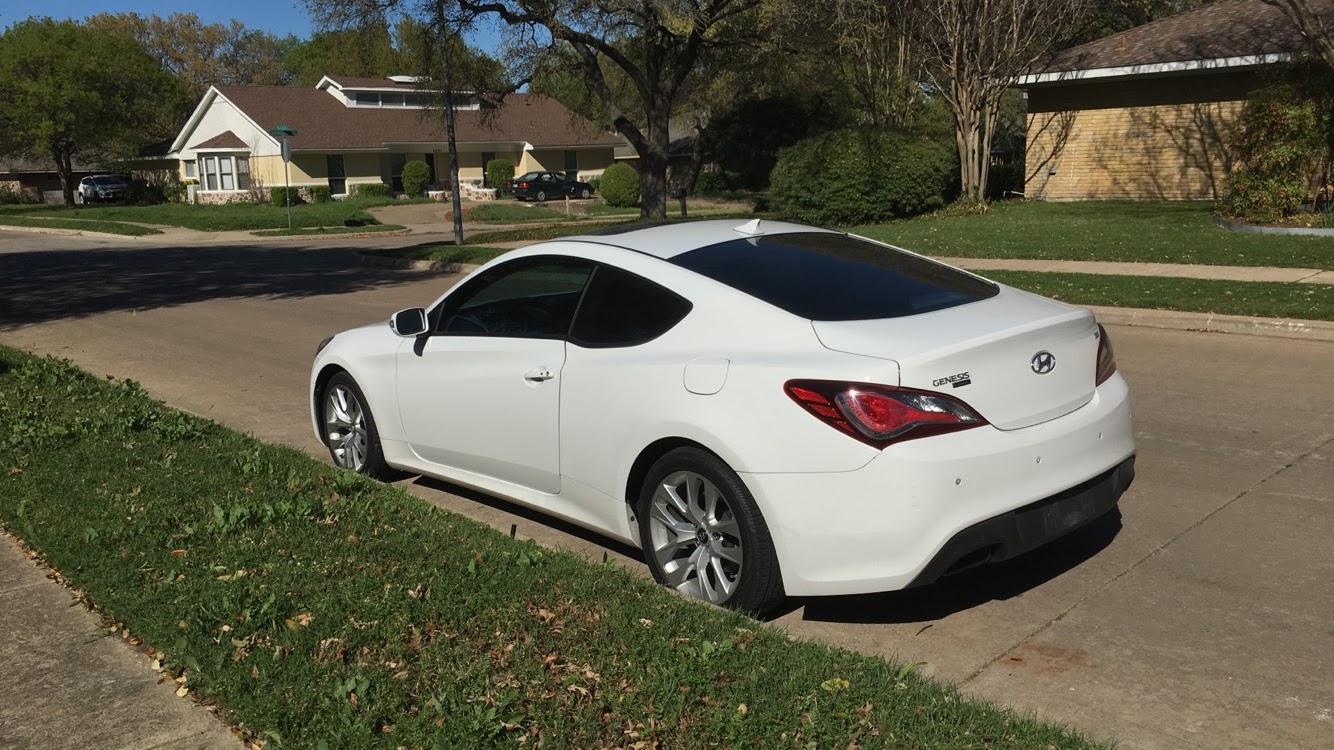 This was my baby that’s long gone now. Her name was White Mocha. When I parked her outside and drove off in my new car to put it in the garage, I broke down in tears. I know in the big grand scheme of things this is just a bump on the road, but that doesn’t mean that it doesn’t hurt how they did this to me. It just feels so wrong and I feel helpless. She looks so naked without her zebra frame plates.

I feel stupid but I’m crying right now as I’m typing this. I feel like a big baby but whatever, that was my love and it’s gone. I’ve always been into cars, especially fast cars and that bitch was bad.. she had 384 horsepower. I just wish she was a manual, but she was my first automatic. I still think automatics are boring as hell, but whatever. Her speed made up for it. 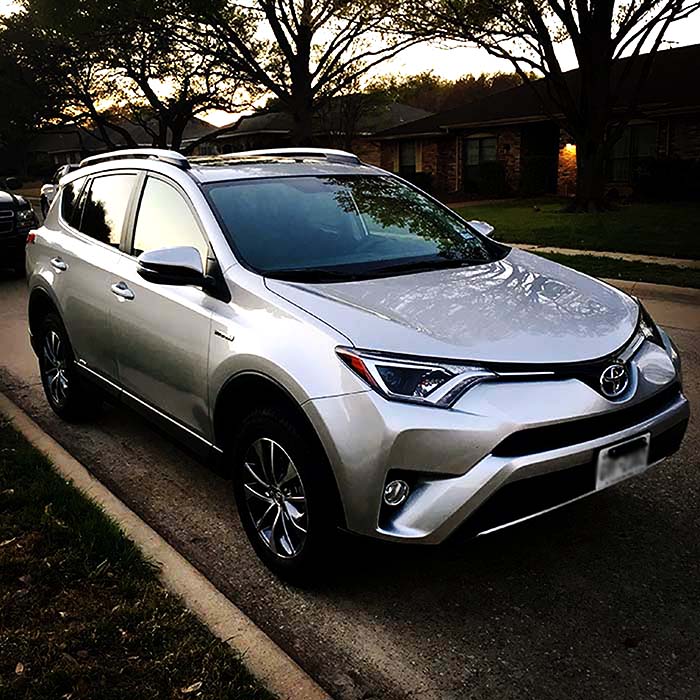 Yesterday I got treated by Toyota to try out their RAV4 Hybrid SUV for a week and how could I say no? Look at her! She’s so cute! They delivered her to my house and after all I went through, this makes me feel like someone really likes me up there! #bloggerperks

So yeah I’d say that life gave me lemons and I’m making margaritas because I moved on and never looking back. Cheers to that!

By the way, I met a guy I’m now dating at the dealership I got my car from.. so if I had to go through this to meet a good guy, then holy cow, my margarita is ready.