If you read my post yesterday you’ll know that this is where I will tell you guys how my second date went with Rico. Once he picked me up we headed to uptown for some brunch at this one restaurant I hadn’t been to before for Sunday brunch. They had mimosas also and that’s always a must have for Sunday funday to be had by all.

We had our own separate breakfast entrees and then shared this delightful French toast with a Captain Crunch flare. It was so delicious! I was in a pure bliss state of mind. I love that he is a foodie and I think I mentioned that on the first date. It’s been enjoyable sharing food with someone who also appreciates it as much as I do. 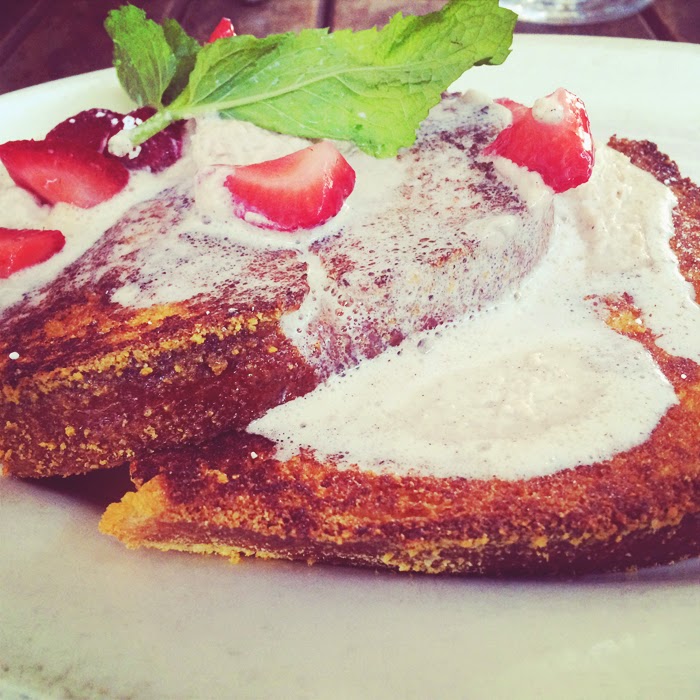 Anywhere I go I have to have eggs benedict as my go to breakfast food besides Honey Bunches of Oats (with almonds) cereal. 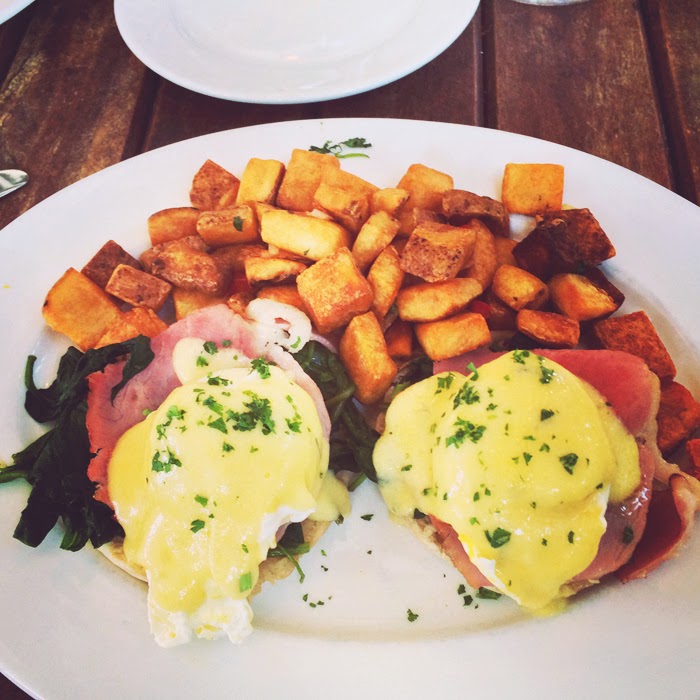 Some places do a decent job and this one was a-okay. The best eggs benedict I’ve had so far was at a Thai restaurant {Malai Kitchen} because they put shrimp on a bed of coconut cornbread instead of the English muffin. So out of this world!

Anyways, so after brunch we headed over to kill some time before going to the movies and we ended up at Costco. I really needed to buy some groceries since I wouldn’t have time after going on our date and since it’s Sunday everything closes early. Rico has a Costco membership so he used it to let me shop with him as a guest. Score!

I kept joking that he should add me onto his card, but really I’m not joking.

After that we finally headed to the movies and went to see Dawn of the Planet of the Apes. The movie was pretty good and I don’t know what happened but by the end of it, I felt like my eyeballs were on fire. I’m getting old I guess and Rico also said his eyes were bothering too. We went back to get his car and said bye and hugged, then we talked some more and hugged again.

Throughout this entire day we spent together I felt like a princess. He is a really sweet man and knows how to treat a woman. I thought maybe we would have our kiss, but it didn’t happen. I don’t know what it is, but it somehow didn’t feel like it was the right time yet. It’s weird because sometimes you kiss random strangers on a whim {especially that alcohol to make you brave}, but with him I just can’t do it because I don’t want to rush it.

Who knows, maybe I’m over thinking things and need to just do it {hey that’s what she said}. In the back of my mind though I just don’t want to mess anything up, especially a first kiss. I want it to be special and for it to be natural. It’s awkward trying to kiss someone in a parking lot where cars can drive by and spot you. Maybe if he invites me to his place it will finally happen. I guess I realized now that I really don’t like PDA. I mean a kiss is not a big deal, but since it’s the first kiss, I’m making it into this huge mountain when it’s really a pinch of salt.

For shits and giggles; another theory of why I may be so hesitant about this kiss is that I have watched so much of Pretty Little Liars (Finally on Season 5) that I obsess that A is out there watching me trying to be brave to plant one on him. I think I know who A is, but don’t spoil it because I have yet to fully catch up on the latest episodes.

Maybe I just really like him and I’m scared. I’m scared of getting hurt again and/or something will happen that will make things go wrong and I’ll never hear from him again. Like I said, he’s treating me so good and I’m not used to that so automatically my mind thinks that something is gonna happen and it’s gonna be taken away. For now, I just want to take my time and not get in over my head. As far as I’m concerned, I’m still dateless in the sense that I am still seeking that love that will hopefully evolve from a crush into a love that will set me free with joy. Or something.

So that was my confession of a blogaholic; what’s yours?